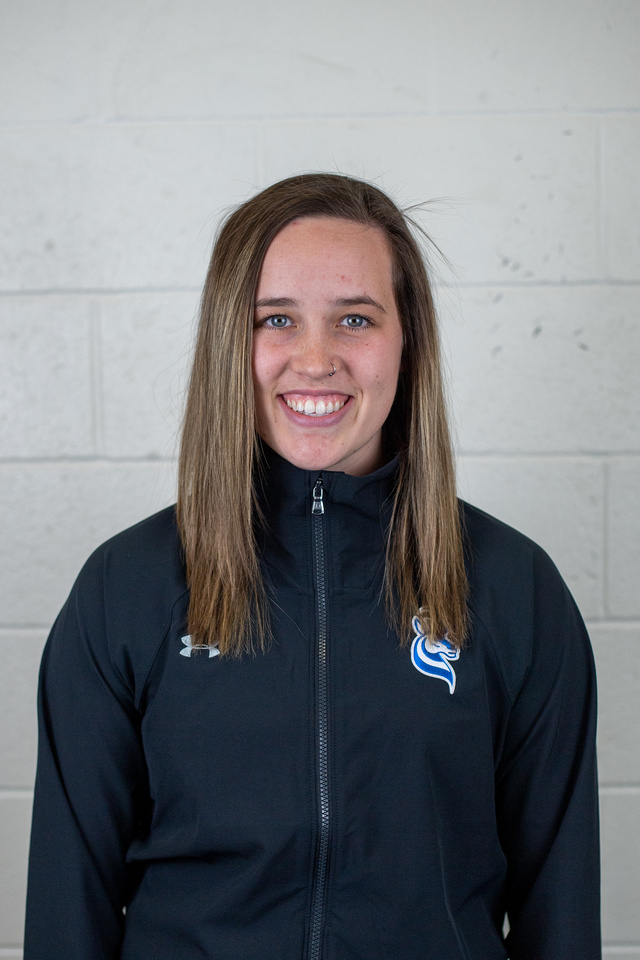 Just a quick note to start – most of this interview was completed before the news of the club’s closure broke. We followed up with Alicia to see if she had any commentary on that, which has been appended to the end of this article. The rest of the content is the full player spotlight article we were preparing on her based on her responses from the week before the news broke.

Alicia Anderson completed her fifth and final year as a Pronghorn in February of this year. In addition to holding the Canada West record for games played by a goalie (121), Alicia put up an impressive 0.931% save percentage over her 5 years as a Pronghorn, with an incredible 0.949% in the 2017-2018 season. We asked Alicia how she prepares for a game being in what she says herself is a very mental position. Alicia shared with us that preparing for a game is all about the routine. She thanks teammate Kiana Stocker for throwing tennis balls at her before each game. “Doing the same thing before every game makes me feel prepared and helps take the nerves away,” Alicia says.

We wanted to know a bit about what got her here. Alicia told us about how she found her way into hockey via ringette. She started playing ringette at five years old and played that game for seven years. She switched to hockey in order to play in the new Bantam AAA female league that had opened in Calgary and has been playing ever since.

“No matter what happens in the game, you go see each other after and talk about what’s going on in your life.”

As she was learning the game, Alicia didn’t really look up to the pros, but rather had other players that she played with and against that she credits as having had a big influence on her. Shae Labby, an NCAA Division 1 women’s player, is one player Alicia has both played with and against and says is “the best female hockey player I ever played, either with or against.” Shae had played with team Canada on and off over the years as well. Being able to play against players of that quality in her own games motivates Alicia. “Whenever I see and play against them, it’s always a fun time. It’s a small community and that’s what makes it fun. No matter what happens in the game, you go see each other after and talk about what’s going on in your life”.  Off the ice, Alicia credits Hailey Wood, the team’s interim coach, as someone who helped her transition from high school to University sports.

Alicia talked to us about her teammates on the Pronghorns and shared with us that the women she has played with on the Horns for the last five years have become her family. “It’s weird spending every day with these people and you’re not going to see them.” The pain is obvious as Alicia tells us this part. She knows that they’ll keep in touch and stay part of the tight-knit community of Canadian female hockey players. 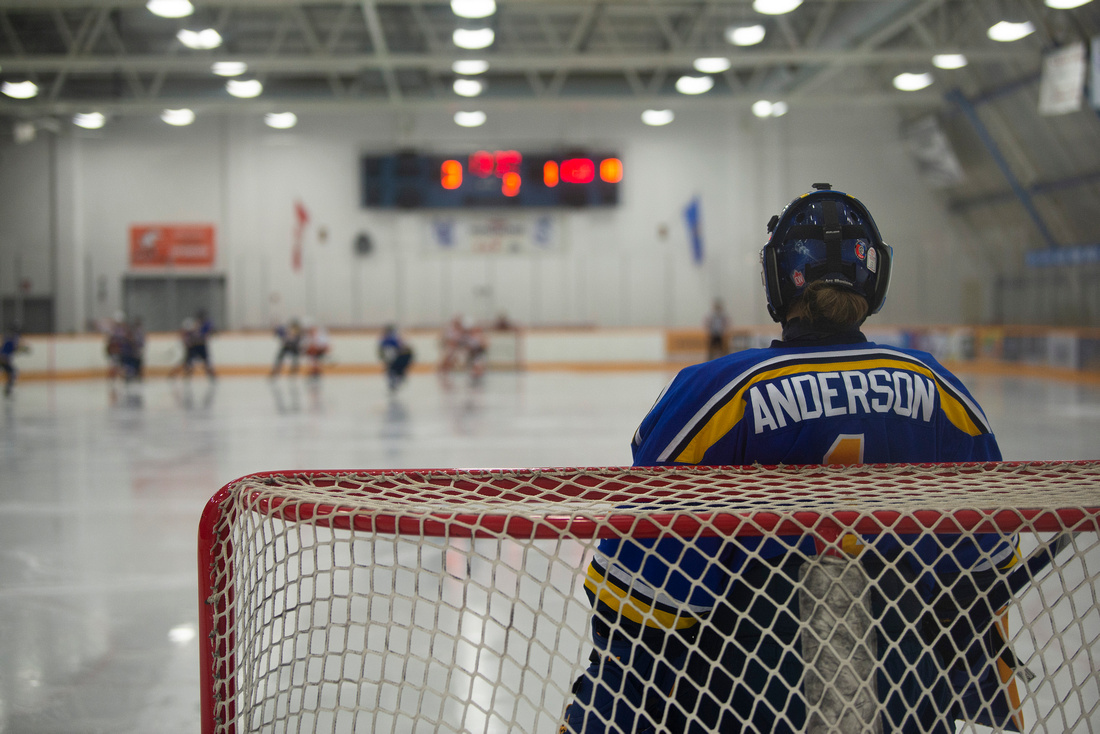 In addition to her outstanding work with the Pronghorns, Alicia was an academic powerhouse off the ice. Alicia identifies hockey as only half her life, with her involvement in the University of Lethbridge Physical department as the other half. She spent many hours in the Physics lab studying, tutoring and engaged in the Physics & Astronomy club activities around campus.

Looking back over her many years playing at different levels, Alicia highlights her first year as a Pronghorn as an experience that sticks out for her. She remembers all of the girls on the team coming together and being so excited about building a new team together and starting a new program. Like her graduating captain, Mattie Apperson, Alicia remembers the excitement of the team’s win streak that year that saw the Horns Women’s Hockey team nationally ranked in Canada. On a personal level, she remembers the start of that season with her first game as a Pronghorn gaining Alicia her first CIS win, and her second game earning her a shutout.

“Being away with the team was the best part, especially when we get to fly.”

She also has lots of great memories of team trips and travelling. “Being away with the team was the best part, especially when we get to fly. Getting to spend that kind of time with each other and with players at this level”, was something she enjoyed a lot. Alicia also gave credit to the “Seventh Player” program, sponsored over the last few years by various organization and allowed young female players to do a warmup skate and line up with the starters gave the players the chance to meet with these up and coming players and for Alicia that was really rewarding: “It was awesome getting to talk to them because they were so excited about hockey.”

Alicia transplanted to Lethbridge from Calgary, and have grown to love the city. “Growing up in Calgary it was an adjustment, but the community was just awesome. You feel like a real celebrity playing for the Pronghorns. I highly recommend it [Lethbridge] for any younger person.” Alicia also had the advice for younger players that it’s important to enjoy the moment and have fun. Remember it doesn’t last forever. She also wants young women considering a future in sport to know that if you find something you’re passionate about, you can do anything you can set your mind on. Just make sure to have fun doing it, and enjoy yourselves. 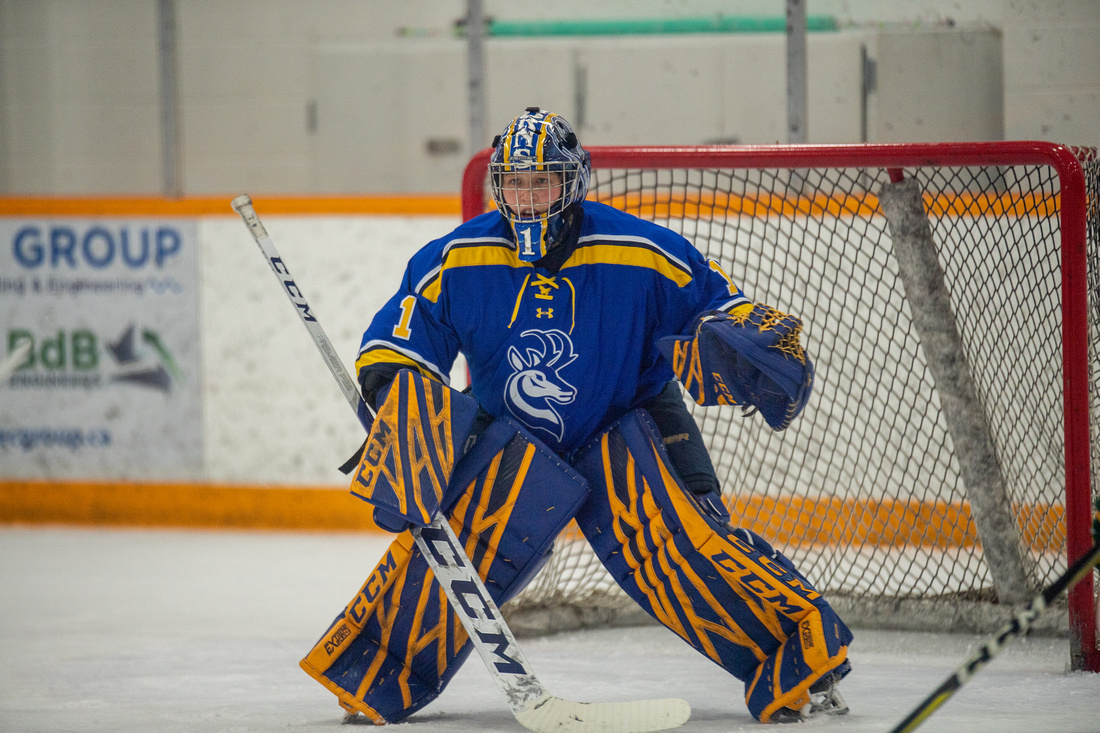 After the news of the Pronghorn’s WHOC team being cut broke, we reached back out to Alicia to see if she wanted to add a comment to this article. She provided us with the following written statement:

“When I first heard the news of the program being cut I was shocked and disappointed. I had 5 amazing years as a pronghorn women's hockey player and I'm extremely proud of how the program has evolved since my first year. I'm forever grateful for the experiences I had as a pronghorn and the connections and relationships I've made in Lethbridge and I wish the best for all of the players who were planning on returning to the team next year. Hockey is more than just a sport, it brings our country together, and I hope the university will consider sponsoring a hockey program again in the future."

As her time as a Pronghorn comes to a close, Alicia will be finishing her BSc in Physics and still remain active at the University as she begins her MSc in Physics. She looks forward to continuing work in the experimental astrophysics lab working on astronomical instrumentation. She explained to us what exactly it is she does there, but we aren’t sure we’re allowed to print it since some of it sounds like some top-secret stuff! Alicia never wants to stop playing the game she loves regardless of the level she can play at now. “Intramurals, beer league, it doesn’t matter – I just don’t want to stop.” She says. And we hope she doesn’t!